Year in Review - The DMPL Podcast

With 22 episodes in 2019, the DMPL Podcast had a great year chatting with authors, illustrators, program presenters, librarians, and more. We've gone through and picked out some of our favorite conversations from the past year for you to browse below. A vast majority of our conversations and interviews are timeless, so don't be shy about pulling up some of our older podcasts. You can find the podcast at dmpl.org/podcast, and also anywhere you listen to podcasts: 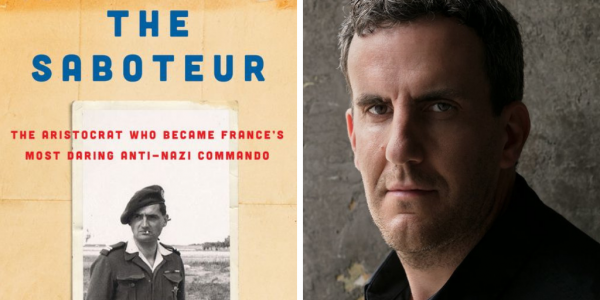 Paul Kix, author of The Saboteur

Kix grew up in Hubbard, Iowa, and moved to the East Coast to pursue a career in journalism. He's written for The New Yorker, GQ, and Wall Street Journal, and he also served as deputy editor of ESPN: The Magazine.

The Saboteur came about after Kix read an obituary in The New York Times. "This headline basically said, 'French Count Who Escaped His Own Death Dressed as a Nun and sabotaged His Way Across Southern France Dies at 88,'" says Kix. Thus began his journey researching the life of for Robert de La Rochefoucauld. In the podcast, Kix talks further about the research he did to write the book, including lots of flights back-and-forth across the Atlantic. You'll learn a lot more about a war hero that Americans don't know a lot about. 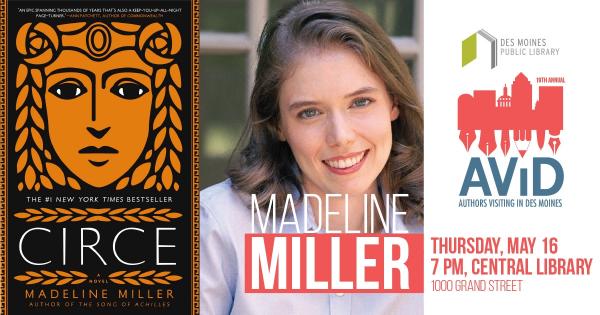 Madeline Miller was one of six authors in the AViD series in 2019. She appeared on the DMPL Podcast shortly before her visit in May, where she discussed how women in fiction were cast down and demeaned, especially in ancient stories and their translations.

"With a lot of the treatment of women, there's been all this editorializing in translations without claiming it's editorializing," says Miller. She says that when women are getting called villains or worse, "it's not in the Greek at all. This is a translator making that choice." The conversation on literature and the flawed perspectives of narrators and translators makes for a fascinating conversation. 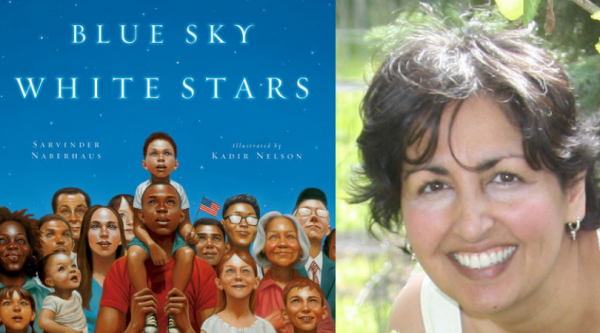 Sarvinder Naberhaus has been singing songs and writing stories since she was a little girl. "I remember standing on the front lawn of our house in Ames," she says, thinking of a time when she was eight years old.  She was singing a song she had written for her neighbors. "It was called 'Round Love," she says. The lyrics included round love, square love, everywhere love love. "It was the '60s, you have to remember," she says with a laugh.

She's since used those skills to create children's books, including Blue Sky White Stars, which was published in 2017. It was named one of the ten best children's books of the year by Time and was part of Dolly Parton's Imagination Library, where tens of thousands of children across the country received it for free.

During the podcast, Naberhaus talks about moving with her family from India to Ames when she was four years old. She also discusses her sparse writing style, why she sometimes has to take frantic notes on her phone, and the "rules" that she broke while working with renowned illustrator Kadir Nelson on the book 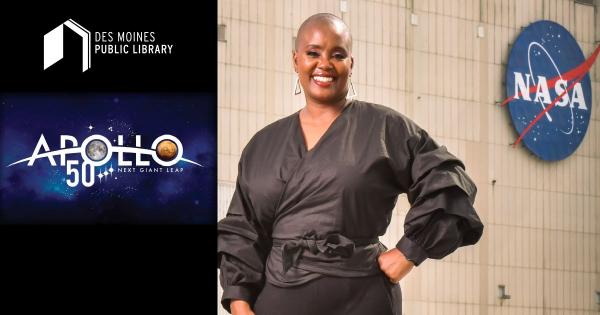 The Des Moines Public Library welcomed NASA engineer Dr. K. Renee Horton to the Des Moines Public Library this past July as she presented a series of programs for all ages. Dr. Horton says her love for space was spurred by a gift. "At nine, my dad bought me a telescope. I was in awe with space and what was out there. I never believed it was just us on earth and the other planets. I always believed there was something else beside us."

During the podcast, Dr. Horton talks about the challenges she faced in her career as a black woman, a single mother, and as an individual with a hearing impediment. Her inspiring story will certainly motivate you as you head into a new decade.

Wini Moranville has spent a long time writing about the Des Moines food scene. She spent nearly 15 years as the restaurant reviewer for The Des Moines Register, and has since written three books, including two cookbooks. Her newest one, The Little Women Cookbook, celebrates the food featured in Louisa May Alcott's classic novel Little Women.

"I've worked on a lot of projects over the years, and I can't ever remember going to bed at night and having ideas going through my head," says Moranville. "I couldn't wait to get up and work on this book. I found the stories of the food so interesting. Each one has a special meaning in the book."