All locations of the Des Moines Public Library will open at NOON Tuesday, January 26 for curbside pickup (and computers at Central Library) due to inclement weather. All holds pickup deadlines and due dates have been extended until Wednesday, January 27.

Play Ball: Baseball Books to Prepare for the New Season 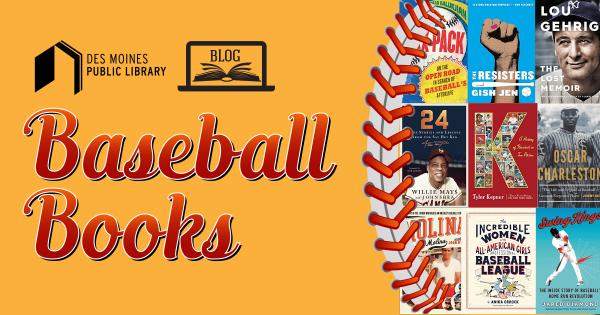 We're (hopefully) less than two weeks from the first pitch of the 2020 Major League Baseball season. It's been a long wait, but with luck, at least one of these books will be enough to hold you over until we hear "Play Ball!" for the first time this year. We have books for adults and children on this list, and we've added a bonus list of movies right at the end! 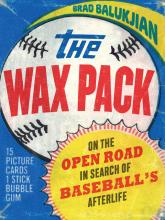 The Wax Pack, by Brad Balukjian

Is there life after baseball? To find out, author Brad Balukjian followed a crazy, fun premise: he took a single pack of baseball cards from 1986 and embarked on a quest to find all the players in the pack. He took this trip solo in the summer of 2015, spanning 11,341 miles in 48 days. The Wax Pack is part baseball nostalgia, part road trip travelogue, and all heart, a reminder that greatness is not found in the stats on the backs of baseball cards but in the personal stories of the men on the front of them. 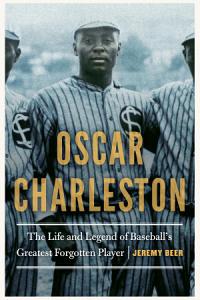 Buck O’Neil once described him as “Ty Cobb, Babe Ruth, and Tris Speaker rolled into one.” Among experts he is regarded as the best player in Negro Leagues history. Yet Oscar Charleston is virtually unknown today. During his prime he became a legend in Cuba and one of black America’s most popular figures. His career as a player, manager, and scout spanned nearly 40 years. His mastery of baseball under the conditions of segregation revealed what was possible for black achievement. In Oscar Charleston, baseball fans are introduced to one of America’s greatest and most fascinating athletes.

The Lost Memoir, by Lou Gehrig

At the age of 24, Lou Gehrig decided to tell the remarkable story of his life and career. Sports agent Christy Walsh arranged for Gehrig to write regular newspaper columns, syndicated across the country. He was one of the most famous athletes in the country, in the midst of a record-breaking season with the legendary 1927 World Series-winning Yankees. These columns, telling Gehrig’s rages-to-riches story, have finally been collected and published, giving one of the all-time greats a chance to tell his origin story in his own words, nearly 100 years later. 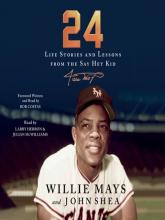 24: Life Stories and Lessons from the Say Hey Kid, by Willie Mays and John Shea

Widely regarded as the greatest all-around player in baseball history because of his unparalleled hitting, defense and baserunning, the beloved Willie Mays offers people of all ages his lifetime of experience meeting challenges with positivity, integrity and triumph. Presented in 24 chapters to correspond with his universally recognized uniform number, Willie's memoir provides more than the story of a man who values family and community, engages in charitable causes especially involving children and follows a philosophy that encourages hope, hard work and the fulfillment of dreams.

A baseball rules book. A tape measure. A lottery ticket. These were in the pocket of Bengie Molina’s father when he died of a heart attack in Puerto Rico. The items are powerful symbols in Molina’s beautiful memoir about his father, who through baseball taught his three sons about loyalty, humility, courage, and the true meaning of success. Three sons that all became famous catchers, with World Series championship rings among them. Molina is a love story between a formidable but flawed father and a son who, in unearthing answers about his father’s life, comes to understand his own. 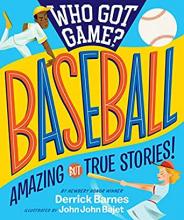 Who Got Game?: Baseball, by Derrick Barnes

The children are playing baseball at school. George really wants to play, but he can't get it right! What happens when Madame Gazelle offers to help? Find out in this great book based on the hit Nick Jr. TV show. 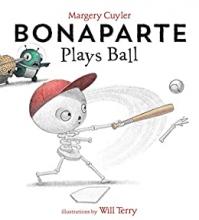 With bullies on the other team and the bases loaded, will Bonaparte be able to hold himself together and hit a home run without losing his head? This picture book is perfect for fans of baseball and silly monsters alike! 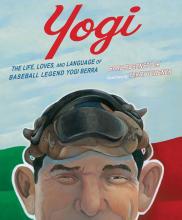 Yogi Berra loved his family, his neighborhood, his friends, and, most of all, baseball. He was crazy for it, ever since he was a young kid playing with friends in an abandoned dump. But baseball didn't love him back--at least not at first. Yogi was different. He didn't have the right look. When he finally made it to the major leagues, Yogi faced pranks and harassment from players, sportswriters, and fans. Their words hurt, but they made Yogi determined to show all that he could do. 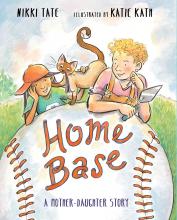 Home Base, by Nikki Tate

A young pitcher steps up to the plate. A hardworking mom interviews for her biggest job yet. Girls and women aren't always welcome in the worlds of baseball and bricklaying. But with practice, the right gear, and a whole lot of determination, this intrepid mom and daughter thrive under pressure. Readers get to see their parallel narratives unfold in tandem, coming together at the end for a sweet reward: ice cream! With fun, punchy writing and radiant illustrations, this touching story will be a hit for budding activists, kids who love sports, and the moms who cheer them on.