'Piranesi,' by Susanna Clarke, Wins the 2021 Women's Prize for Fiction!

Susana Clarke has won the 2021 Women's Prize for fiction for her novel Piranesi! The fantasy novel is just her second book, published sixteen years after her acclaimed debut Jonathan Strange & Mr. Norrell.

The Women's Prize for Fiction began in 1992, in the aftermath of a 1991 Booker Prize shortlist that included no women. The prize is awarded annually to a female author of any nationality for the best original full-length novel written in English and published in the United Kingdom in the preceding year, with a focus on accessibility, orginiality, and excellence. The prize is judged by a panel of all women annually.

She joins a prestigious list of previous winners, including Ann Patchett, Tayari Jones, and Madeline Miller. The winners from the last decade are included in the book list below! 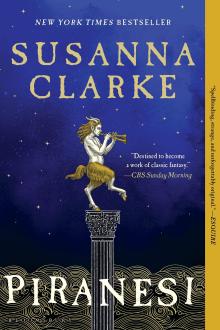 Piranesi's house is no ordinary building: its rooms are infinite, its corridors endless, its walls are lined with thousands upon thousands of statues, each one different from all the others. Within the labyrinth of halls an ocean is imprisoned; waves thunder up staircases, rooms are flooded in an instant. But Piranesi is not afraid; he understands the tides as he understands the pattern of the labyrinth itself. He lives to explore the house.

There is one other person in the house--a man called The Other, who visits Piranesi twice a week and asks for help with research into A Great and Secret Knowledge. But as Piranesi explores, evidence emerges of another person, and a terrible truth begins to unravel, revealing a world beyond the one Piranesi has always known.

For readers of Neil Gaiman's The Ocean at the End of the Lane and fans of Madeline Miller's Circe, Piranesi introduces an astonishing new world, an infinite labyrinth, full of startling images and surreal beauty, haunted by the tides and the clouds. 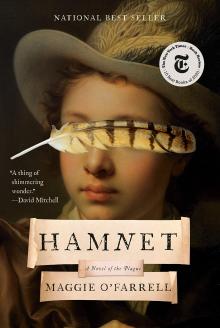 In 1580's England, during the Black Plague a young Latin tutor falls in love with an extraordinary, eccentric young woman in this "exceptional historical novel" (The New Yorker) and best-selling winner of the Women's Prize for Fiction.

Agnes is a wild creature who walks her family's land with a falcon on her glove and is known throughout the countryside for her unusual gifts as a healer, understanding plants and potions better than she does people. Once she settles with her husband on Henley Street in Stratford-upon-Avon she becomes a fiercely protective mother and a steadfast, centrifugal force in the life of her young husband, whose career on the London stage is taking off when his beloved young son succumbs to sudden fever.

A luminous portrait of a marriage, a shattering evocation of a family ravaged by grief and loss, and a tender and unforgettable re-imagining of a boy whose life has been all but forgotten, and whose name was given to one of the most celebrated plays of all time, Hamnet is mesmerizing, seductive, impossible to put down--a magnificent leap forward from one of our most gifted novelists. 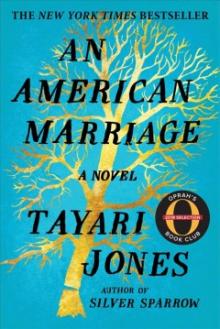 Newlyweds Celestial and Roy are the embodiment of both the American Dream and the New South. He is a young executive, and she is an artist on the brink of an exciting career. But as they settle into the routine of their life together, they are ripped apart by circumstances neither could have imagined. Roy is arrested and sentenced to twelve years for a crime Celestial knows he didn't commit. Though fiercely independent, Celestial finds herself bereft and unmoored, taking comfort in Andre, her childhood friend, and best man at their wedding. As Roy's time in prison passes, she is unable to hold on to the love that has been her center. After five years, Roy's conviction is suddenly overturned, and he returns to Atlanta ready to resume their life together.

This stirring love story is a profoundly insightful look into the hearts and minds of three people who are at once bound and separated by forces beyond their control. An American Marriage is a masterpiece of storytelling, an intimate look deep into the souls of people who must reckon with the past while moving forward -- with hope and pain -- into the future. 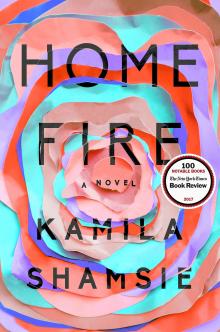 The suspenseful and heartbreaking story of an immigrant family driven to pit love against loyalty, with devastating consequences

Isma is free. After years of watching out for her younger siblings in the wake of their mother's death, she's accepted an invitation from a mentor in America that allows her to resume a dream long deferred. But she can't stop worrying about Aneeka, her beautiful, headstrong sister back in London, or their brother, Parvaiz, who's disappeared in pursuit of his own dream, to prove himself to the dark legacy of the jihadist father he never knew. When he resurfaces half a globe away, Isma's worst fears are confirmed.

Then Eamonn enters the sisters' lives. Son of a powerful political figure, he has his own birthright to live up to--or defy. Is he to be a chance at love? The means of Parvaiz's salvation? Suddenly, two families' fates are inextricably, devastatingly entwined, in this searing novel that asks: What sacrifices will we make in the name of love? 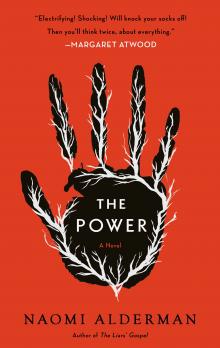 In The Power, the world is a recognizable place: there's a rich Nigerian boy who lounges around the family pool; a foster kid whose religious parents hide their true nature; an ambitious American politician; a tough London girl from a tricky family.

But then a vital new force takes root and flourishes, causing their lives to converge with devastating effect. Teenage girls now have immense physical power: they can cause agonizing pain and even death. And, with this small twist of nature, the world drastically resets. From award-winning author Naomi Alderman, The Power is speculative fiction at its most ambitious and provocative, at once taking us on a thrilling journey to an alternate reality, and exposing our own world in bold and surprising ways. 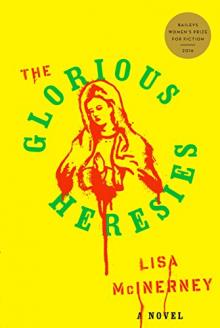 From Lisa McInerney, hailed by The Irish Times as "arguably the most talented writer at work in Ireland today," comes The Glorious Heresies, a searing debut novel about life on the fringes of Ireland's post-crash society.

When grandmother Maureen Phelan is surprised in her home by a stranger, she clubs the intruder with a Holy Stone. The consequences of this unplanned murder connect four misfits struggling against their meager circumstances. Ryan is a fifteen-year-old drug dealer desperate not to turn out like his alcoholic father, Tony, whose feud with his next-door neighbor threatens to ruin his family. Georgie is a sex worker who half-heartedly joins a born-again movement to escape her profession and drug habit. And Jimmy Phelan, the most fearsome gangster in the city and Maureen's estranged son, finds that his mother's bizarre attempts at redemption threaten his entire organization.

Biting and darkly funny, The Glorious Heresies presents an unforgettable vision of a city plagued by poverty and exploitation, where salvation still awaits in the most unexpected places. 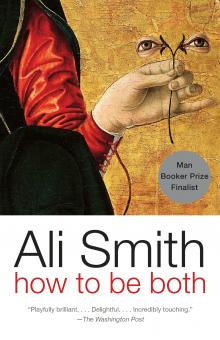 Passionate, compassionate, vitally inventive and scrupulously playful, Ali Smith's novels are like nothing else. How to be both is a novel all about art's versatility. Borrowing from painting's fresco technique to make an original literary double-take, it's a fast-moving genre-bending conversation between forms, times, truths and fictions. There's a renaissance artist of the 1460s. There's the child of a child of the 1960s. Two tales of love and injustice twist into a singular yarn where time gets timeless, structural gets playful, knowing gets mysterious, fictional gets real - and all life's givens get given a second chance.

Available as an Always Available Audiobook! 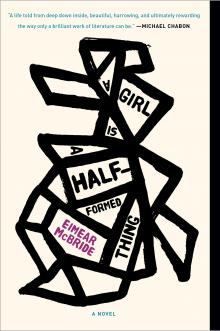 In scathing, furious, unforgettable prose, Eimear McBride tells the story of a young girl’s devastating adolescence as she and her brother, who suffers from a brain tumor, struggle for a semblance of normalcy in the shadow of sexual abuse, denial, and chaos at home. Plunging readers inside the psyche of a girl isolated by her own dangerously confusing sexuality, pervading guilt, and unrelenting trauma, McBride’s writing carries echoes of Joyce, O’Brien, and Woolf. A Girl is a Half-formed Thing is a revelatory work of fiction, a novel that instantly takes its place in the canon. 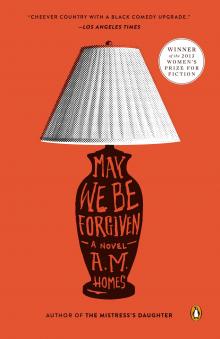 Harold Silver has spent a lifetime watching his younger brother, George, a taller, smarter, and more successful high-flying TV executive, acquire a covetable wife, two kids, and a beautiful home in the suburbs of New York City. But Harry, a historian and Nixon scholar, also knows George has a murderous temper, and when George loses control the result is an act of violence so shocking that both brothers are hurled into entirely new lives in which they both must seek absolution.

Harry finds himself suddenly playing parent to his brother’s two adolescent children, tumbling down the rabbit hole of Internet sex, dealing with aging parents who move through time like travelers on a fantastic voyage. As Harry builds a twenty-first-century family created by choice rather than biology, we become all the more aware of the ways in which our history, both personal and political, can become our destiny and either compel us to repeat our errors or be the catalyst for change.

May We Be Forgiven is an unnerving, funny tale of unexpected intimacies and of how one deeply fractured family might begin to put itself back together. 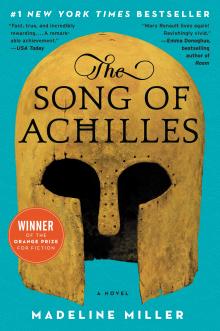 A tale of gods, kings, immortal fame, and the human heart, The Song of Achilles is a dazzling literary feat that brilliantly reimagines Homer's enduring masterwork, The Iliad. An action-packed adventure, an epic love story, a marvelously conceived and executed page-turner, Miller's monumental debut novel has already earned resounding acclaim from some of contemporary fiction's brightest lights--and fans of Mary Renault, Bernard Cornwell, Steven Pressfield, and Colleen McCullough's Masters of Rome series will delight in this unforgettable journey back to ancient Greece in the Age of Heroes.