Hollywood’s biggest night is set after the nominations for the 92nd Academy Awards (aka the Oscars) were announced this week. If you prefer to read the book before you see the movie, there are a few books you’ll want to pick up from the library. We also have several DVDs of nominated movies for you to borrow before the awards ceremony on Sunday, February 24.

I Heard You Paint Houses, by Charles Brandt
This nonfiction book is the basis for the Netflix film The Irishman. The author, Charles Brandt, is a former homicide prosecutor, investigator, and defense attorney. The book chronicles the life of alleged mafia hitman Frank Sheeran. The Irishman, directed by Martin Scorsese, stars Robert De Niro as Sheeran and Al Pacino as friend and rival Jimmy Hoffa. 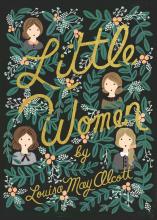 Little Women, by Louisa May Alcott
The decade ended with a wonderful adaptation of Louisa May Alcott’s novel directed by Greta Gerwig. If you haven’t read the book yet, there’s no better time than right now! You can also find previous adaptations of Little Women in our DVD collection, including the 1933 version staring Katharine Hepburn, the 1994 version staring Winona Ryder, Kirsten Dunst, and Christian Bale, and more.

BONUS: Don’t forget to pick up The Little Women Cookbook by Des Moines’ own Wini Moranville! She’ll also be presenting a program about the cookbook and the recipes within on Thursday, January 23, at 6:00 PM at the Central Library.

Caging Skies, by Christine Leunens
The book that served as the inspiration for one of 2019’s most unique fims, Jojo Rabbit. In Caging Skies, a young member of the Hitler Youth, Johannes Betzler, discovers his parents are hiding a Jewish girl in their home. He begins to fall for her while having daydreams about Hitler and the end of the war. It’s a black comedy from a New Zealander-Belgian author.

Batman: The Killing Joke, by Alan Moore, and The Dark Knight Returns, by Frank Miller
Joker picked up the most nominations for this year’s Academy Awards (11). These graphic novels are two of the most famous and popular stories about the Joker throughout his long comic book history. Reader beware: these are dark stories and not meant for children.

Just Mercy, by Bryan Stevenson
Though it was not nominated for any awards, many critics considered the movie of the same name one of the best films of 2019. Bryan Stevenson’s memoir recalls his time as the attorney for Walter McMillian, an African-American man wrongfully imprisoned and sentenced to death in 1986. Stevenson worked through several appeal processes, eventually helping exonerate McMillian in 1993.

We have several of the Oscar-nominated films on DVD on our shelves. Many more are on order and will be here as soon as they’re released!