The library has a large collection of books celebrating the girls and women that have changed the world. A small selection is listed below, but be sure to check out our Recommended Reads page for a more complete list.

Shirley Chisholm, by Laurie Calkhoven
Meet Shirley Chisholm. In 1968, Shirley Chisholm made history as the first African American woman elected to Congress. That same year, Shirley was voted one of the ten most admired women in the world. She also ran for president in 1972, the first African American woman to do so for one of the two big political parties. Shirley showed people it shouldn't matter if you're male or female or what the color of your skin is, everyone should be able to pursue their dreams. 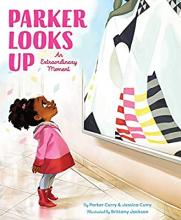 Parker Looks Up, by Parker Curry
When Parker Curry came face-to-face with Amy Sherald's transcendent portrait of First Lady Michelle Obama at the National Portrait Gallery, she didn't just see the First Lady of the United States. She saw a queen-one with dynamic self-assurance, regality, beauty, and truth who captured this young girl's imagination. When a nearby museum-goer snapped a photo of a mesmerized Parker, it became an internet sensation. Inspired by this visit, Parker, and her mother, Jessica Curry, tell the story of a young girl and her family, whose trip to a museum becomes an extraordinary moment, in a moving picture book. 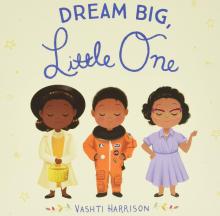 Dream Big, Little One, by Vashti Harrison
Featuring 18 trailblazing black women in American history, Dream Big, Little One is the irresistible board book adaptation of Little Leaders: Bold Women in Black History. Among these women, you'll find heroes, role models, and everyday women who did extraordinary things - bold women whose actions and beliefs contributed to making the world better for generations of girls and women to come. Whether they were putting pen to paper, soaring through the air or speaking up for the rights of others, the women profiled in these pages were all taking a stand against a world that didn't always accept them. 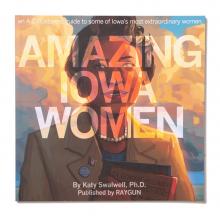 Amazing Iowa Women, by Katy Swalwell
An A-Z illustrated guide to some of Iowa's most extraordinary women. Iowa State education professor, Katy Swalwell, worked with over 25 Iowa women artists and RAYGUN to create a children’s book that celebrates the incredible accomplishments of a diverse set of women throughout Iowa’s history. Text by Katy Swalwell, illustrations by various Iowa artists.

I Am Cleopatra, by Brooke Vitale
Xavier wants to stay up all night to see a super moon, but he doesn’t know how to ask his parents. Luckily, the Secret Museum sends him to meet Cleopatra and she teaches him how to ask for things the right way. This episode-based Penguin Young Reader is perfect for emerging readers! 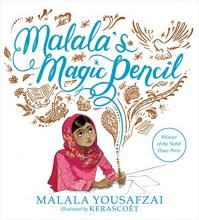 Malala’s Magic Pencil, by Malala Yousafzai
As a child in Pakistan, Malala made a wish for a magic pencil. She would use it to make everyone happy, to erase the smell of garbage from her city, to sleep an extra hour in the morning. But as she grew older, Malala saw that there were more important things to wish for. She saw a world that needed fixing. And even if she never found a magic pencil, Malala realized that she could still work hard every day to make her wishes come true. 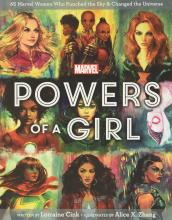 Powers of a Girl: 65 Marvel Women Who Punched the Sky and Changed the Universe, by Lorraine Cink
This unique book is the perfect start--or addition--to any Marvel fan''s collection! Using her in-depth knowledge and passion for Super Heroes, Lorraine Cink explores the lives of the exceptional and diverse women of the Marvel Universe. Filled with inspirational lessons and clever observations, each section digs into what these relatable women can teach us all about growth, bravery, and the true meaning of strength. Paired with over one hundred original, vibrant, and emotive illustrations from the talented Alice X. Zhang, this book balances the responsibility and the fun that comes with being a hero. 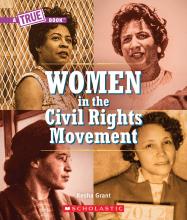 Women in the Civil Rights Movement, by Kesha Grant
After decades of segregation, women were at the forefront of the civil rights movement, the largest social upheaval since the end of the Civil War. They were leaders, planners, organizers, and protesters. They moved the needle toward groundbreaking legislation. They fought for women's rights and for justice for all. As the nation slowly moved toward political equality for people of color, these steadfast activists, alone or in groups, formed the backbone of the movement. This book tells their story. 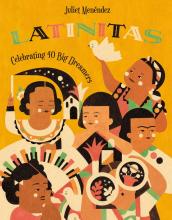 Discover how 40 influential Latinas became the women we celebrate today! In this collection of short biographies from all over Latin America and across the United States, Juliet Menéndez explores the first small steps that set the Latinitas off on their journeys. With gorgeous, hand-painted illustrations, Menéndez shines a spotlight on the power of childhood dreams. From Supreme Court Justice Sonia Sotomayor to singer Selena Quintanilla to NASA's first virtual reality engineer, Evelyn Miralles, this is a book for aspiring artists, scientists, activists, and more. These women followed their dreams--and just might encourage you to follow yours!

Thirteen Doorways, Wolves Behind Them, by Laura Ruby
When Frankie's mother died and her father left her and her siblings at an orphanage in Chicago, it was supposed to be only temporary--just long enough for him to get back on his feet and be able to provide for them once again. That's why Frankie's not prepared for the day that he arrives for his weekend visit with a new woman on his arm and out-of-state train tickets in his pocket. Now Frankie and her sister, Toni, are abandoned alongside so many other orphans--two young, unwanted women doing everything they can to survive. 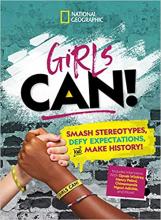 Girls Can!, by Marissa Sebastian
This book puts to rest the tired adages of things girls "can't" do with powerful proof that girls not only CAN, but they DO! Featuring profiles of over 75 remarkable women from across centuries and around the world, from math whiz Katherine Johnson to legendary leaders like Queen Elizabeth I, game changers like Serena Williams to avant-garde artists like Frida Kahlo, and so many more, you'll discover amazing, diverse women, both famous and little-known, who smashed stereotypes, overcame odds, and achieved their goals.

Toil & Trouble, by Various Authors
History is filled with stories of women accused of witchcraft, of fearsome girls with arcane knowledge. Toil & Trouble features fifteen stories of girls embracing their power, reclaiming their destinies and using their magic to create, to curse, to cure--and to kill. This collection reveals a universal truth: there's nothing more powerful than a teenage girl who believes in herself. 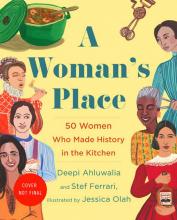 A Woman's Place: the Inventors , Rumrunners, Lawbreakers, Scientists & Single Moms Who Changed the World With Food, by Deepi Ahluwalia
If "a woman's place is in the kitchen," why is the history of food such an old boys' club? A Woman's Place sets the record straight, sharing stories of more than 80 hidden figures of food who made a lasting mark on history. In an era when women were told to stay at home and leave glory to the men, these rebel women used the transformative power of food to break barriers and fight for a better world. 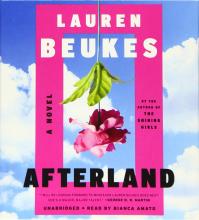 Afterland, by Lauren Beukes
Cole and her twelve-year-old, Miles, are on the lam. Fleeing across the American West, they're desperate to find a safe haven. Until they do, they must maintain their disguise--as mother and daughter. Because Miles, a boy, is the most valuable commodity in the world. Within just a few, horrifying years, ninety-nine percent of the global male population has died in a pandemic. Miles and Cole will need all their cunning, planning, and luck to outmaneuver the very bad, very dangerous people who are hot on their heels-among them, Cole's own sister.

Hood Feminism, by Mikki Kendall
In her searing collection of essays, Mikki Kendall takes aim at the legitimacy of the modern feminist movement, arguing that it has chronically failed to address the needs of all but a few women. Drawing on her own experiences with hunger, violence, and hypersexualization, along with incisive commentary on politics, pop culture, the stigma of mental health, and more, Hood Feminism delivers an irrefutable indictment of a movement in flux. An unforgettable debut, Kendall has written a ferocious clarion call to all would-be feminists to live out the true mandate of the movement in thought and in deed.

Circe, by Madeline Miller
In the house of Helios, god of the sun and mightiest of the Titans, a daughter is born. But Circe is a strange child -- not powerful, like her father, nor viciously alluring like her mother. Turning to the world of mortals for companionship, she discovers that she does possess power -- the power of witchcraft, which can transform rivals into monsters and menace the gods themselves. With unforgettably vivid characters, mesmerizing language, and page-turning suspense, Circe is a triumph of storytelling, an intoxicating epic of family rivalry and a celebration of indomitable female strength in a man's world. 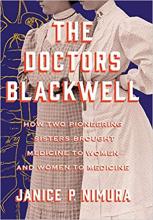 The Doctors Blackwell, by Janice Nimura
Elizabeth Blackwell believed from an early age that she was destined for a mission beyond the scope of "ordinary" womanhood. Though the world at first recoiled at the notion of a woman studying medicine, her intelligence and intensity ultimately won her the acceptance of the male medical establishment. In 1849, she became the first woman in America to receive an M.D. She was soon joined in her iconic achievement by her younger sister, Emily. Exploring the sisters' allies, enemies, and enduring partnership, Janice P. Nimura presents a story of trial and triumph.

The Tea Girl of Hummingbird Lane, by Lisa See
Li-yan and her family align their lives around the seasons and the farming of tea. There is ritual and routine, and it has been ever thus for generations. Then a jeep appears at the village. Later in life, Li-yan emerges from the security and insularity of her village to encounter modern life. Meanwhile, a girl named Haley grows up a privileged and well-loved in California. Despite Haley's happy home life, she wonders about her origins. Li-yan wonders about her daughter. They both search for and find answers in the tea that has shaped their family's destiny for generations.