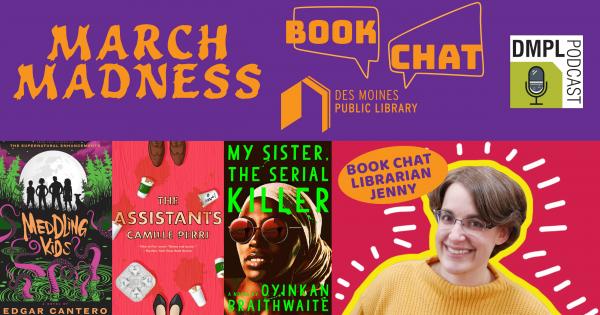 On the latest episode of the DMPL Podcast, Jenny from the Book Chat team joins us to talk about books with crazy plots and premises. As Jenny describes them, these books feature "a thriller sympathetic towards the murderer, a heist that focuses on student debt, and a remake of an old favorite children's book as an adult horror story."

Jenny's Picks Discussed on the Podcast

Other "MAD" Books, with Notes from Jenny