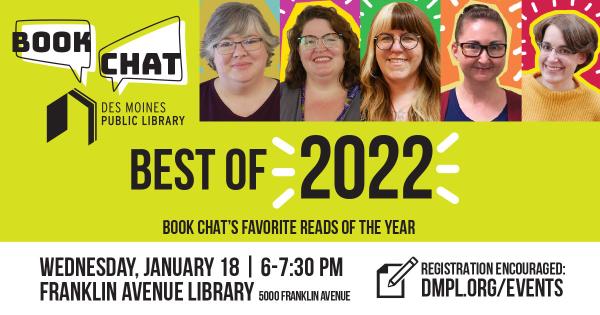 Last night our Book Chat Librarians shared their favorite books of 2022 with a group at the Franklin Avenue Library. If you were unable to join us due to weather or other extenuating circumstances we have shared each of their lists blow. 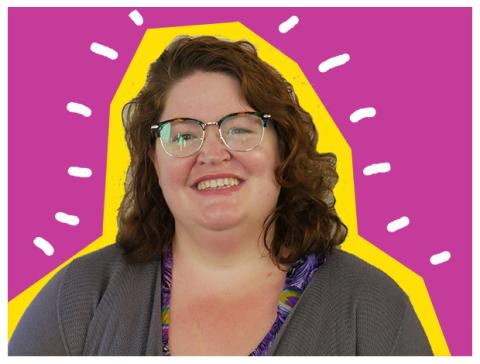 About the book: Franny Stone has always been the kind of woman who is able to love but unable to stay. Leaving behind everything but her research gear, she arrives in Greenland with a singular purpose: to follow the last Arctic terns in the world on what might be their final migration to Antarctica. Franny talks her way onto a fishing boat, and she and the crew set sail, traveling ever further from shore and safety. But as Franny's history begins to unspool--a passionate love affair, an absent family, a devastating crime—it becomes clear that she is chasing more than just the birds. When Franny's dark secrets catch up with her, how much is she willing to risk for one more chance at redemption?

Epic and intimate, heartbreaking and galvanizing, Charlotte McConaghy's Migrations is an ode to a disappearing world and a breathtaking page-turner about the possibility of hope against all odds. 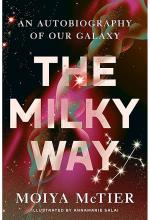 The Milky Way: An Autobiography of Our Galaxy by Moiya McTeir

About the book: Astrophysicist and folklorist Dr. Moiya McTier channels The Milky Way in this approachable and utterly fascinating autobiography of the titular galaxy, detailing what humans have discovered about everything from its formation to its eventual death, and what more there is to learn about this galaxy we call home.

About the book: A whirlwind romance between an eccentric archivist and a grieving widow explores what it means to be at home in your own body in this clever, humorous, and heartfelt novel.

Cat Brushing: and Other Stories by Jane Campbell

Our Wives Under the Sea by Julia Armfield

About the book: Leah is changed. A marine biologist, she left for a routine expedition months earlier, only this time her submarine sank to the sea floor. When she finally surfaces and returns home, her wife Miri knows that something is wrong. Barely eating and lost in her thoughts, Leah rotates between rooms in their apartment, running the taps morning and night. Whatever happened in that vessel, whatever it was they were supposed to be studying before they were stranded, Leah has carried part of it with her, onto dry land and into their home. As Miri searches for answers, desperate to understand what happened below the water, she must face the possibility that the woman she loves is slipping from her grasp.

By turns elegiac and furious, wry and heartbreaking, Our Wives Under the Sea is an exploration of the unknowable depths within each of us, and the love that compels us nevertheless toward one another. 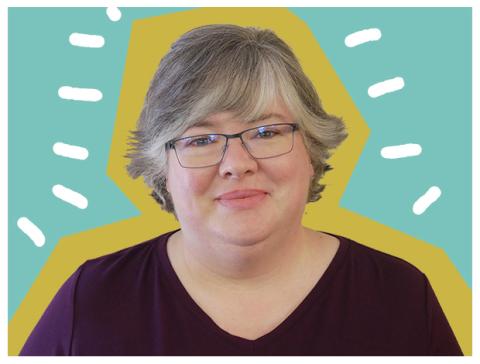 About the book: From Anthony Award-winning writer Alex Segura comes Secret Identity, a rollicking literary mystery set in the world of comic books.

I Must Betray You by Ruta Sepetys

About the book: A gut-wrenching, startling historical thriller about communist Romania and the citizen spy network that devastated a nation, from the #1 New York Times bestselling, award-winning author of Salt to the Sea and Between Shades of Gray.

What We Fed to the Manticore by Talia Lakshmi Kolluir

About the book: An Indigenous artist blends the aesthetics of punk rock with the traditional spiritual practices of the women in her lineage in this bold, contemporary journey to reclaim her heritage and unleash her power and voice while searching for a permanent home

This is What it Sounds Like by Susan Rogers

About the book: This Is What It Sounds Like is a journey into the science and soul of music that reveals the secrets of why your favorite songs move you. Award-winning professor of cognitive neuroscience, Susan Rogers leads readers to musical self-awareness. She explains that we each possess a unique "listener profile" based on our brain's natural response to seven key dimensions of any song. Are you someone who prefers lyrics or melody? Do you like music "above the neck" (intellectually stimulating), or "below the neck" (instinctual and rhythmic)? Whether your taste is esoteric or mainstream, Rogers guides readers to recognize their musical personality, and offers language to describe one's own unique taste. Like most of us, Rogers is not a musician, but she shows that all of us can be musical--simply by being an active, passionate listener. 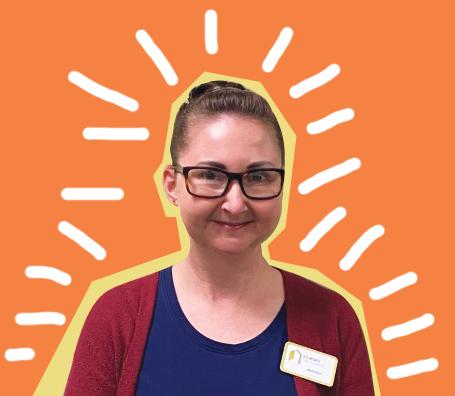 About the book: How do you stop a murder after it's already happened? An astonishing, compulsively twisty psychological thriller about a mother who witnesses her teenage son stab a man and then seizes on an unconventional way to try to save him. Can you stop a murder after it's already happened? Late October. After midnight. You're waiting up for your seventeen-year-old son. He's late. As you watch from the window, he emerges, and you realize he isn't alone: he's walking toward a man, and he's armed. You can't believe it when you see him do it: your funny, happy teenage son, he kills a stranger, right there on the street outside your house. You don't know who. You don't know why. You only know your son is now in custody. His future shattered. That night you fall asleep in despair. All is lost. Until you wake ... and it is yesterday.

The Patron Saint of Second Chances by Christine Simon

About the book: The self-appointed mayor of a tiny Italian village is determined to save his hometown no matter the cost in this charming, hilarious, and heartwarming debut novel.

The Many Deaths of Laila Starr by Ram V & Filipe Andrade

About the book: Humanity is on the verge of discovering immortality. The avatar of Death is cast down to Earth to live a mortal life in Mumbai as twenty-something Laila Starr. Will Laila take her chance to stop mankind from permanently altering the cycle of life?

The Very Secret Society of Irregular Witches by Sangu Mandanna

About the book: Mika Moon knows she has to hide her magic, and is used to keeping her head down with one exception: an online account, where she posts videos 'pretending' to be a witch. She thinks no one will take it seriously. But someone does. An unexpected message arrives, begging her to travel to the remote and mysterious Nowhere House to teach three young witches how to control their magic. When a threat comes knocking at their door, Mika will decide whether protecting her found family is worth risking it all.

About the book: The award-winning, best-selling author of Station Eleven and The Glass Hotel returns with a novel of art, time travel, love, and plague that takes the reader from Vancouver Island in 1912 to a dark colony on the moon five hundred years later, unfurling a story of humanity across centuries and space. 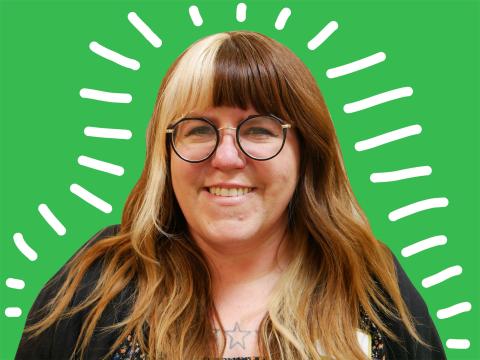 The Town of Babylon by Alejandro Varela

About the book: In this contemporary debut novel--an intimate portrait of queer, racial, and class identity—Andrés, a gay Latinx professor, returns to his suburban hometown in the wake of his husband's infidelity. There he finds himself with no excuse not to attend his twenty-year high school reunion, and hesitantly begins to reconnect with people he used to call friends.

When We Lost Our Heads by Heather O’Neill

About the book: Charismatic Marie Antoine is the daughter of the richest man in 19th century Montreal. She has everything she wants, except for a best friend--until clever, scheming Sadie Arnett moves to the neighborhood. Immediately united by their passion and intensity, Marie and Sadie attract and repel each other in ways that thrill them both. Their games soon become tinged with risk, even violence. Forced to separate by the adults around them, they spend years engaged in acts of alternating innocence and depravity. And when a singular event brings them back together, the dizzying effects will upend the city.

The Book Eaters by Sunyi Dean

About the book: Out on the Yorkshire Moors lives a secret line of people for whom books are food, and who retain all of a book's content after eating it. To them, spy novels are a peppery snack; romance novels are sweet and delicious. Eating a map can help them remember destinations, and children, when they misbehave, are forced to eat dry, musty pages from dictionaries.

About the book: From the New York Times bestselling author of One Last Stop and Red, White & Royal Blue comes a romantic comedy about chasing down what you want, only to find what you need...

All My Rage by Sabaa Tahir

About the book: Winner of the 2022 National Book Award. From #1 New York Times bestselling author Sabaa Tahir comes a brilliant, unforgettable, and heart-wrenching contemporary novel about family and forgiveness, love and loss, in a sweeping story that crosses generations and continents.