Black History Month at the Library 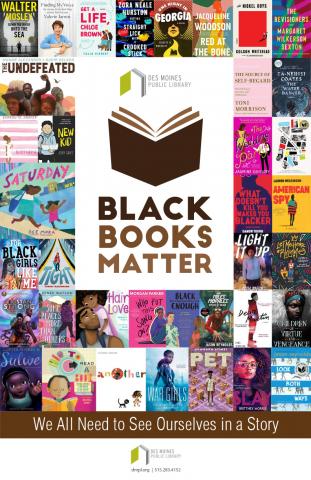 Our Black Books Matter poster is up across all our branches. It features nearly forty books, including adult titles, young adult titles, and children titles. We've posted the full list below, including links to the catalog, and you can also find it on our Recommended Reads page.

The Wedding Party, by Jasmine Guillory
Maddie and Theo both consider Alexa their best friend - and they both hate each other. But after a "mistake" made one night, they must navigate their complicated feelings for each other while keeping it a secret as they prepare for Alexa's wedding.

American Spy, by Lauren Wilkinson
Marie Mitchell's career is stalled out. She's a young black woman working in the old boys' club that is the FBI in the 80s. So when she's given the opportunity to join a task force aimed at undermining a charismatic Communist president, she says yes. In doing so, her whole life changes. This gripping spy thriller is Wilkinson's debut, and it's inspired by real events.

A Blade So Black, by L.L. McKinney
Alice lives two lives. In real-life Atlanta, she has an overprotective mom and a slipping GPA. She is also dealing with the Nightmares - monstrous creatures from Wonderland. A Blade So Black is an urban fantasy retelling of Alice in Wonderland that asks the question - what if Wonderland were full of horrors?

Who Put This Song On?, by Morgan Parker
17-year-old Morgan feels as if her life is on repeat. She's trapped in suburbia. She's constantly the only non-white person in social situations, and she's been told her outfits are weird. As she searches for her identity, she begins to wonder when she can live for herself. Who Put This Song On? is loosely based on Morgan Parker's own teenage life and her diaries.

Blended, by Sharon Draper
Isabella is 11 years old, and switches between parents every week. Her black dad lives in a fancy home in an upper-class neighborhood, while her white mom lives in a working-class neighborhood. As she finds herself in the middle of their fights, it seems like nothing can bring her family together. Until the worst happens, a cell phone is mistaken for a gun, and shots are fired.

Another, by Christian Robinson
Author-illustrator Christian Robinson has created a delightful picture book meant to bring young readers on an imaginative journey to another world. The book simple wonders "What if you encountered another perspective? What if you met another you?" It was named a New York Times. 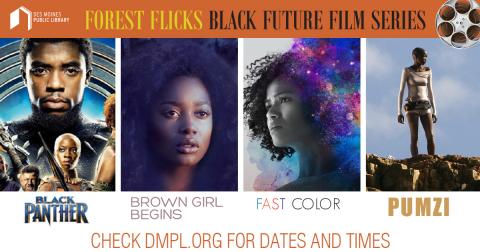 Black Future Film Series
The library is screening Afro-futuristic and science-fiction films that will examine, celebrate, and imagine the black future. In addition to these films, the Forest Avenue Library will have displays with books, music, and DVDs. Be sure to join us for one or all of these great films. Films begin at begin at 6:00 PM unless noted otherwise.

Monday Night Movie: Remember the Titans (Rated PG)
Monday, February 10, 6:00 PM, East Side Library
Set in Virginia in the early 1970s, Remember the Titans focuses on how a remarkable high school football team brings together a town sharply divided by racism. Along with the movie, light refreshments and quiet activities will be available for your enjoyment.

Life in Buxton
Saturday, February 15, 2:00 PM, Forest Avenue Library
Travel back in time to Buxton, Iowa -- the amazing coal mining town established in 1900 by the Consolidation Coal Company, where blacks and whites were treated equal -- with author Rachelle Chase. 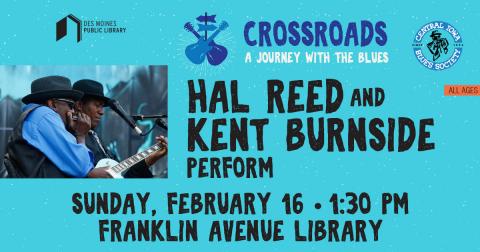