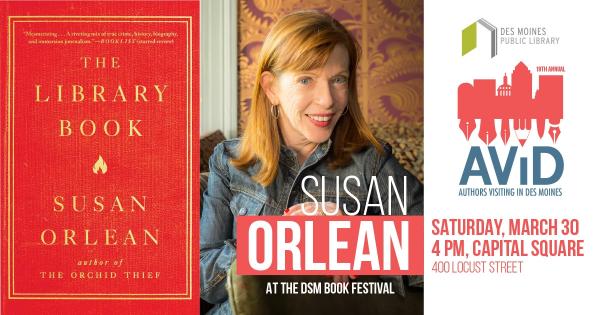 Authors Visiting in Des Moines (AViD) author Susan Orlean joins us on the podcast today, along with special guest host Laura Rawley. Orlean will open the 2019 AViD series as one of the DSM Book Festival's headlining authors. She will be speaking on Saturday, March 30, at 4:00 PM at Capital Square (400 Locust Street). Orlean is the author of several best-selling books, including The Orchid Thief. Last year, her book The Library Book became an international best seller. The book doubles as a love letter to libraries and a true clime exploration of the unsolved 1986 Los Angeles Public Library fire.

Discussed on the podcast:

AViD DMPL Podcast
Back To Top