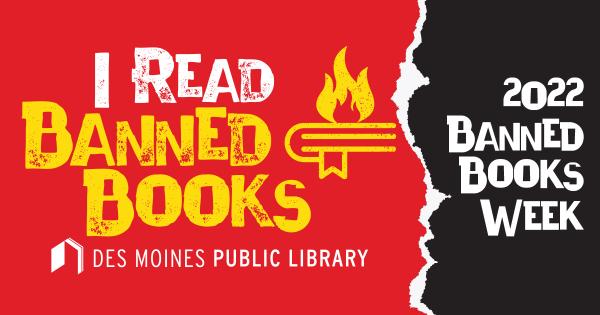 This week we asked our staff to share some of their favorite Banned Books on our TikTok and Instagram Reels. We compiled the list of their recommendations below for you to add to your holds list. 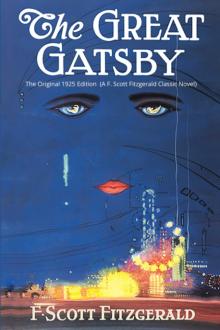 "The reason I love The Great Gatsby is because of the variety of flawed characters in it. I think it makes for a really realistic story, even though it's another time and another lifestyle. I feel it has a lot to offer on the human experienceespecially when it comes to our dreams and our purpose." - Levi, Clerk at the East Side Library

In a single, engaging volume, The Great Gatsby presents a helpful literary guide to one of America's most prized classic novels. First published in 1925, F. Scott Fitzgerald's The Great Gatsby captured the spirit of the Jazz Age and examined the American obsession with love, wealth, material objects, and class. Considered one of the great novels of the 20th century, Fitzgerald s famous work remains relevant for its observations on the pursuit of the American dream. 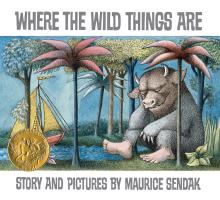 Samantha's Pick: Where The Wild Things Are by Maurice Sendak

"I love Where The Wild Things Are because Max's emotions are so real in this book. I love the power of make-believe in this book. It is so fun to read to a group of toddlers for storytime, and have a real-life wild rumpus. And the end of the book with Max's mom's unconditional love showing through warms my heart every time." - Samantha, Youth Librarian at the East Side Library

A naughty little boy, sent to bed without his supper, sails to the land of the wild things where he becomes their king. 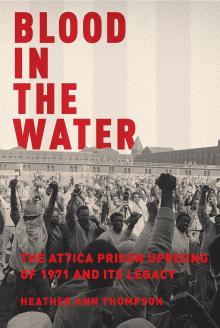 Casey's Pick: Blood in the Water by Heather Ann Thompson

"This book is exhaustively researched and compellingly written. It does an incredible job of telling this complex and tragic story in a very humane way that really makes you feel like you are there witnessing history. It won the 2017 Pulitzer Prize for history but it is currently banned, along with thousands of other titles, by the Iowa Department of Corrections." —Casey, Clerk at the Forest Avenue Library

PULITZER PRIZE WINNER * The definitive history of the infamous 1971 Attica Prison uprising, the state's violent response, and the victim's decades-long quest for justice. * Thompson served as the Historical Consultant on the Academy Award-nominated documentary feature ATTICA

On September 9, 1971, nearly 1,300 prisoners took over the Attica Correctional Facility in upstate New York to protest years of mistreatment. Holding guards and civilian employees hostage, the prisoners negotiated with officials for improved conditions during the four long days and nights that followed.

On September 13, the state abruptly sent hundreds of heavily armed troopers and correction officers to retake the prison by force. Their gunfire killed thirty-nine men--hostages as well as prisoners--and severely wounded more than one hundred others. In the ensuing hours, weeks, and months, troopers and officers brutally retaliated against the prisoners. And, ultimately, New York State authorities prosecuted only the prisoners, never once bringing charges against the officials involved in the retaking and its aftermath and neglecting to provide support to the survivors and the families of the men who had been killed.

Drawing from more than a decade of extensive research, historian Heather Ann Thompson sheds new light on every aspect of the uprising and its legacy, giving voice to all those who took part in this forty-five-year fight for justice: prisoners, former hostages, families of the victims, lawyers and judges, and state officials and members of law enforcement. Blood in the Water is the searing and indelible account of one of the most important civil rights stories of the last century. 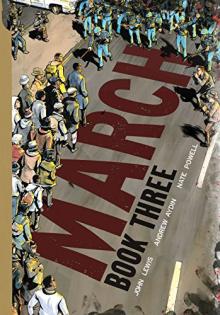 "I really enjoyed this book because it puts a really great graphic novel perspective into something historic."-Haley, librarian at the East Side Library

Welcome to the stunning conclusion of the award-winning and best-selling MARCH trilogy. Congressman John Lewis, an American icon and one of the key figures of the civil rights movement, joins co-writer Andrew Aydin and artist Nate Powell to bring the lessons of history to vivid life for a new generation, urgently relevant for today's world.

By the fall of 1963, the Civil Rights Movement has penetrated deep into the American consciousness, and as chairman of the Student Nonviolent Coordinating Committee, John Lewis is guiding the tip of the spear. Through relentless direct action, SNCC continues to force the nation to confront its own blatant injustice, but for every step forward, the danger grows more intense: Jim Crow strikes back through legal tricks, intimidation, violence, and death. The only hope for lasting change is to give voice to the millions of Americans silenced by voter suppression: "One Man, One Vote."

To carry out their nonviolent revolution, Lewis and an army of young activists launch a series of innovative campaigns, including the Freedom Vote, Mississippi Freedom Summer, and an all-out battle for the soul of the Democratic Party waged live on national television.

With these new struggles come new allies, new opponents, and an unpredictable new president who might be both at once. But fractures within the movement are deepening ... even as 25-year-old John Lewis prepares to risk everything in a historic showdown high above the Alabama river, in a town called Selma. 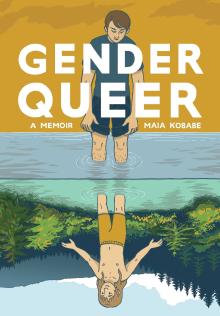 "A banned book I love is Gender Queer. I found that it was a positive and celebratory story of coming into queerness, and a lot of the times the stories that we tell about coming into queerness don't quite go that way. It felt really authentic to my experience, and the experience of a lot of people that I love."—Nikki, Librarian at the Forest Avenue Library

In Gender Queer, Maia Kobabe has crafted an intensely cathartic autobiography about eir path to identifying as nonbinary and asexual, and coming out to eir family and society. By addressing questions about gender identity what if means and how to think about it the story also doubles as a much-needed, useful, and touching guide. 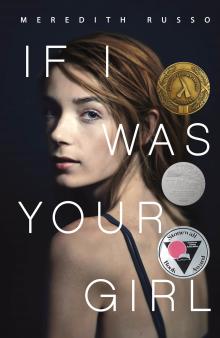 Larissa's Pick: If I Was Your Girl by Meredith Russo

"I chose this book because it talks about Trans lives, and I feel that is a conversation that we really need to have these days. Honestly LGBT lives are very important, and I feel that needs to be accurately represented in the media, and this book does it perfectly. And it will make you cry" - Larissa, Clerk at the East Side Library

Meredith Russo's award-winning, big-hearted nove l If I Was Your Girl is about being seen for who you really are, with a love story you can't help but root for!

Amanda Hardy is the new girl in school. Like anyone else, all she wants is to make friends and fit in. But Amanda is keeping a secret, and she's determined not to get too close to anyone.

But when she meets sweet, easygoing Grant, Amanda can't help but start to let him into her life. As they spend more time together, she realizes just how much she is losing by guarding her heart. She finds herself yearning to share with Grant everything about herself, including her past. But Amanda's terrified that once she tells him the truth, he won't be able to see past it.

Because the secret that Amanda's been keeping? It's that at her old school, she used to be Andrew. Will the truth cost Amanda her new life, and her new love? 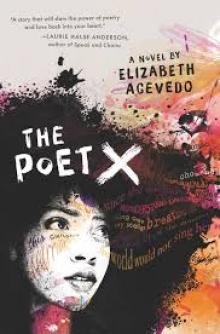 "I love novels in verse so I was very excited to read this book. I really like how Acevedo uses the form of poetry ot share Xiomara's inner feelings and the conflict she feels with her mother, as well as her positioning as a person of color in New York City." — Erica, Librarian at Franklin Avenue Library

Ever since her body grew into curves, Xiomara Batista has learned to let her fists and her fierceness do the talking. She pours all her frustration and passion onto the pages of a leather notebook, reciting the words to herself like prayers—especially after she catches feelings for a boy in her bio class named Aman, who her family can never know about. Mami is determined to force her daughter to obey the laws of the church, and Xiomara understands that her thoughts are best kept to herself. When she is invited to join her school's slam poetry club, she can't stop thinking about performing her poems. 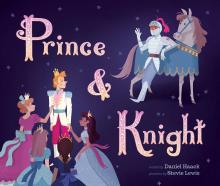 "I picked Prince & Knight and it is a picture book. I really like this one because it is challenged for being an LGBTQ book, and as a parent I really want to teak my son that there is no caveats to happy ever afters and that everybody deserves a fairytale ending." — Marti, Clerk at Central Library

A prince and a knight in shining armor find true love in each other's embrace after fighting a dragon together. 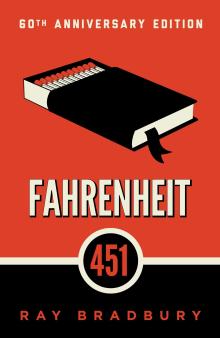 "One of my favorite banned books is Fahrenheit 451 by Ray Bradbury. The fact that he wrote this on a rented typewriter in the basement of a library gives me goosebumps. Imagine being surrounded by books and writing a book about burning them." - Sue Woody, Director of the Des Moines Public Library

In a future totalitarian state where books are banned and destroyed by the government, Guy Montag, a fireman in charge of burning books, meets a revolutionary schoolteacher who dares to read and a girl who tells him of a past when people did not live in fear. 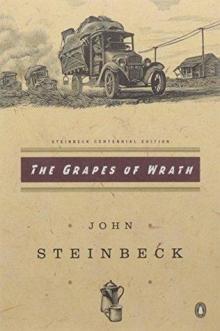 "Grapes of Wrath was assigned reading to me in high school, and I'm so glad it was because I believe it's the best historical fiction yet today." — Luann, Clerk at Central Library

The Pulitzer Prize-winning epic of the Great Depression, a book that galvanized—and sometimes outraged—millions of readers.

First published in 1939, Steinbeck’s Pulitzer Prize-winning epic of the Great Depression chronicles the Dust Bowl migration of the 1930s and tells the story of one Oklahoma farm family, the Joads—driven from their homestead and forced to travel west to the promised land of California. Out of their trials and their repeated collisions against the hard realities of an America divided into Haves and Have-Nots evolves a drama that is intensely human yet majestic in its scale and moral vision, elemental yet plainspoken, tragic but ultimately stirring in its human dignity.