Miffy at the Central Library 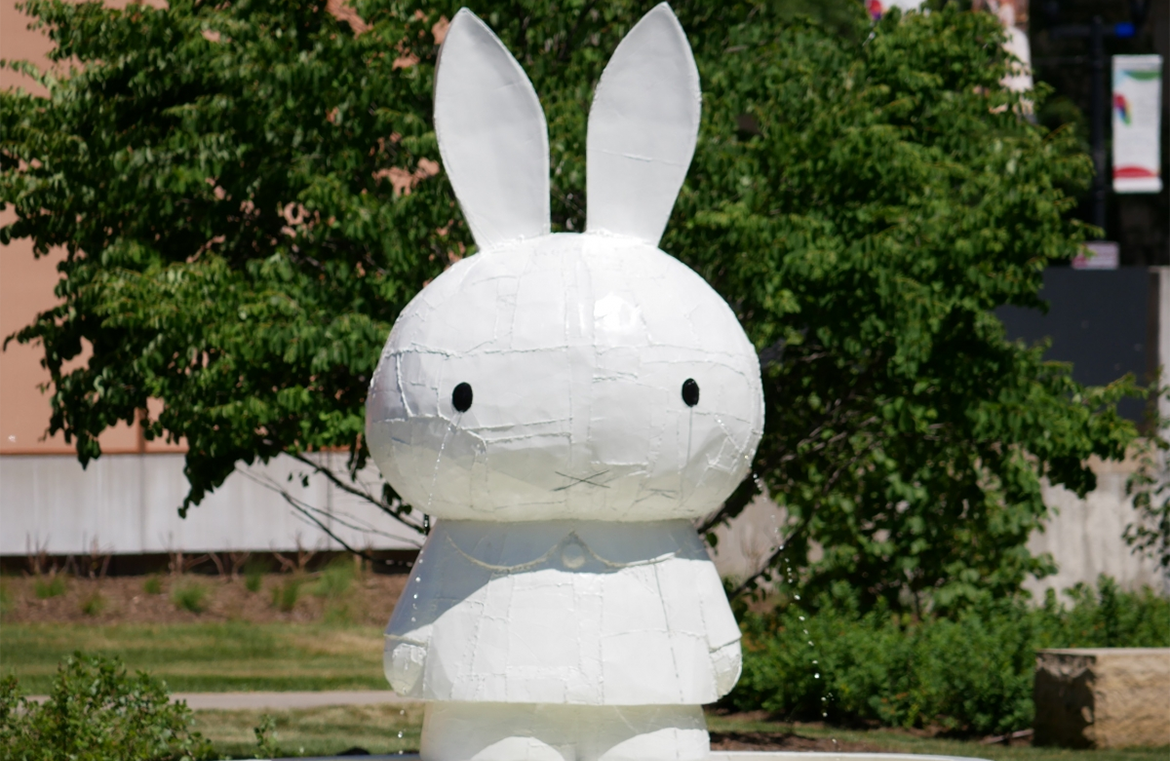 Miffy Fountain, a 10-foot tall work of art, was created in 2007 by American artist Tom Sachs. It is a gift in memory of Melva Bucksbaum, who was one of America’s leading art collectors, curators, philanthropists and a former Iowa resident. Miffy was donated to the Greater Des Moines Public Art Foundation by her daughter Mary Bucksbaum Scanlan, and sons Gene Bucksbaum and Glenn Bucksbaum. Working with Tom Sachs and his studio as well as local engineers, landscape architects, fountain specialists and the City of Des Moines, the Public Art Foundation identified the site and installed Miffy Fountain outside the Des Moines Central Library. The fountain was first exhibited in New York City in 2008 and later at the Trocadéro in Paris, France before Des Moines became its permanent home in November, 2018.

Miffy is a small female bunny that is the main character in a series of children’s books drawn and written by Dutch artist Dick Bruna. The first Miffy book was published in 1955. Since then, Miffy has starred in dozens of children’s books, television shows, and movies, and now appears worldwide in products such as toys, colored pencils, nightlights, puzzles, games, cups, and clocks.

Why is Miffy Crying?

As part of the Miffy Fountain, the bunny’s tears spring from her eyes and fall into a pool around her feet during warm months. This never-ending trickle of tears makes us wonder immediately: Why is she crying?

Miffy is crying, Sachs explains simply, because she is sad. Sachs reminds us that being human sometimes means being unhappy, so unhappy that we weep. No one can be happy all the time – not even children, perhaps especially children. Sach’s sculpture allows us to recognize the sadness we sometimes feel, and arouses our sympathy for others who weep, even when we do not know exactly why. 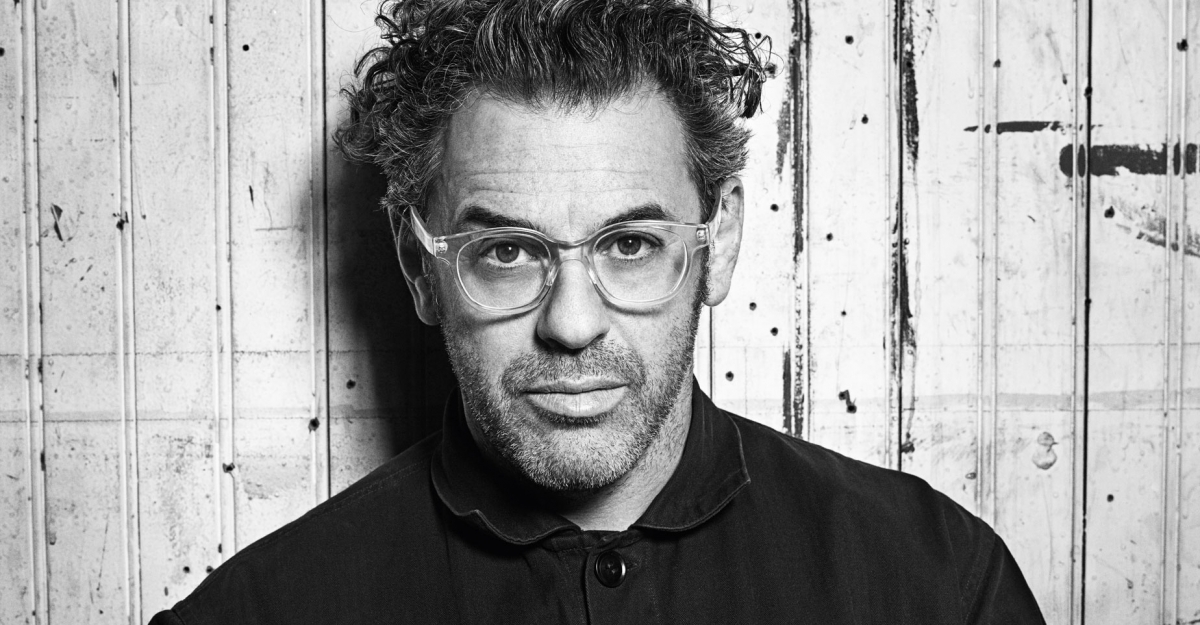 About the Artist and Sculpture

Tom Sachs is an American artist who comments on our contemporary commercial culture, often through sculptures that incorporate actual objects found in everyday life. For his Miffy Fountain, he used the globally recognized children’s character, but enlarged her to monumental size and used the heavy material of bronze.

Miffy is usually drawn in bright, flat colors on paper – or appears as a small object made of unsubstantial material like plastic. The bronze used in Sachs’ sculpture, however, lifts Miffy into the realm of the grand sweep of art history. Miffy is typically mass-produced with the same polished, flawless surfaces that reflect the mechanical, impersonal character of manufacturing. Here, Sachs shows how he constructed Miffy before the figure was cast in bronze, first using lightweight pieces of foamcore glued together that are still visible on the finished product. This is the artist’s way of returning the handmade touch to Miffy and reminding us, as he has said, that “flaws are human.”

Miffy at the Library