All locations of the Des Moines Public Library will open at NOON Tuesday, January 26 for curbside pickup (and computers at Central Library) due to inclement weather. All holds pickup deadlines and due dates have been extended until Wednesday, January 27. 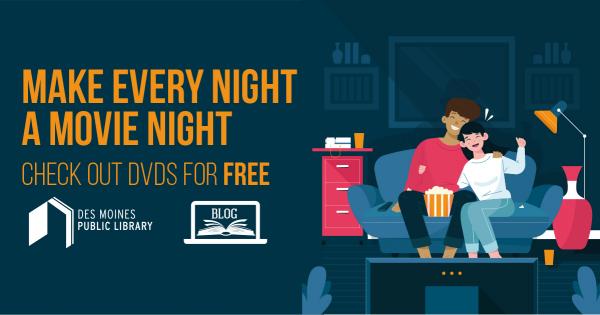 Any night can be a free movie night when you borrow a movie from the Des Moines Public Library! We know you love checking out books via curbside pickup, but don't forget about our massive DVD selection as well, featuring more than 15,000 titles.

Right now you can borrow tons of popular movies for one week with little or no wait time. Best of all, they're all free! During the COVID pandemic, we've waived the normal $1 checkout fee for DVDs, so you now can check out any DVD at no cost. Family and children's DVDs, as always, remain free to borrow!

Don't forget about all the seasons of TV we have at the library too! Put a hold on what you want, then come by and check it out during curbside pickup. It's yours for a week! Take a look at these movies, all of which have no holds or wait time as of Friday morning, and check out our DVD collection online to learn more. 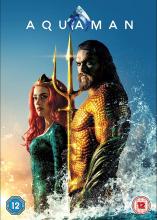 Aquaman
Starring Jason Momoa, who grew up in Norwalk, Aquaman sees the legendary hero of the sea do battle with his half-brother, the Ocean Master, ina  good ole-fashioned action film. 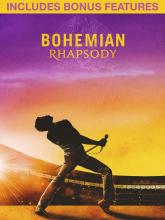 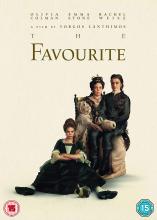 The Favourite
In early 18th century England, a frail Queen Anne occupies the throne and her close friend, Lady Sarah, governs the country in her stead. When a new servant, Abigail, arrives, her charm endears her to Sarah in this black comedy. 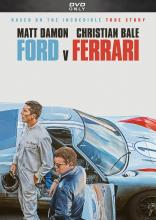 Ford v Ferrari
In the 1960s, executives at the Ford Motor Company decide to invest in whatever it takes to take down Ferrari at a legendary endurance race, including investing in a hot-tempered driver and his legendary crew chief. 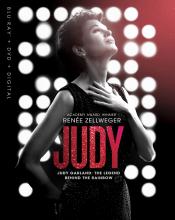 Judy
Renée Zellweger stars in the biopic of the legendary Judy Garland, based on the Broadway play End of the Rainbow. Zellweger won the Academy Award for Best Actress in this role. 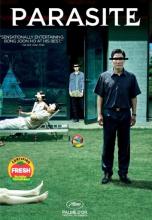 Parasite
The most recent Best Picture winner at the Academy Awards, Parasite examines class differences as it follows the members of a poor family who scheme to become employed by a wealthy family by infiltrating their household and posing as unrelated, highly qualified individuals. 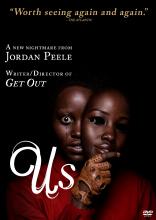 Us
Written and directed by Jordan Peele (Get Out), Us is a slasher horror film about a family being attacked by mysterious doppelgängers. 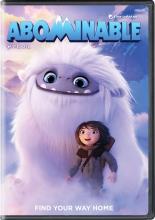 Abominable
When Yi encounters a young Yeti on her apartment building roof, she and her friends race to return him to his homeland while the wealthy Burnish tries to capture him for sport. 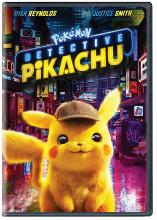 Detective Pikachu
Pokémon trainer Tim Goodman discovers he can talk with his Pikachu, and together they uncover the mysterious disappearance of Tim's father, Harry. 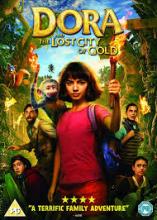 Dora and the Lost City of Gold
Set ten years after the animated TV show, when Dora is 16, the movie sees Dora and her friends solving puzzles while attempting to escape from Inca ruins after being captured by some bad guys. 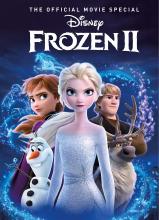 Frozen II
No matter how much the sang about it, Elsa and Anna could not "let it go." They're back in a fun adventure where they unravel mysteries about their past and their parents while searching through The Enchanted Forest. 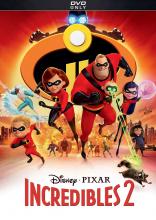 The Incredibles 2
The women of the Parr family take center stage in this fun follow-up to a Disney/Pixar classic. Can the Incredibles keep Screenslaver from hypnotizing the minds of presidents and prime ministers around the globe? 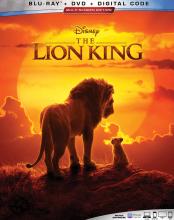 The Lion King (2019)
Donald Glover as Simba and Beyoncé as Nala - what else do you need to know? The original is great, but you definitely need to see this gorgeous, photorealistic version of one of the most popular movies of all time. 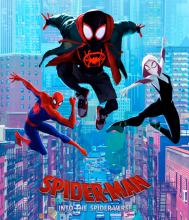 Spider-Man: Into the Spider-Verse

A great film for Spider-Man fans of all ages, watch Miles Morales, Peter Parker, Gwen Stacy, and Spider-things of all dimensions work together to take down the Kingpin's efforts to travel across parallel universes.